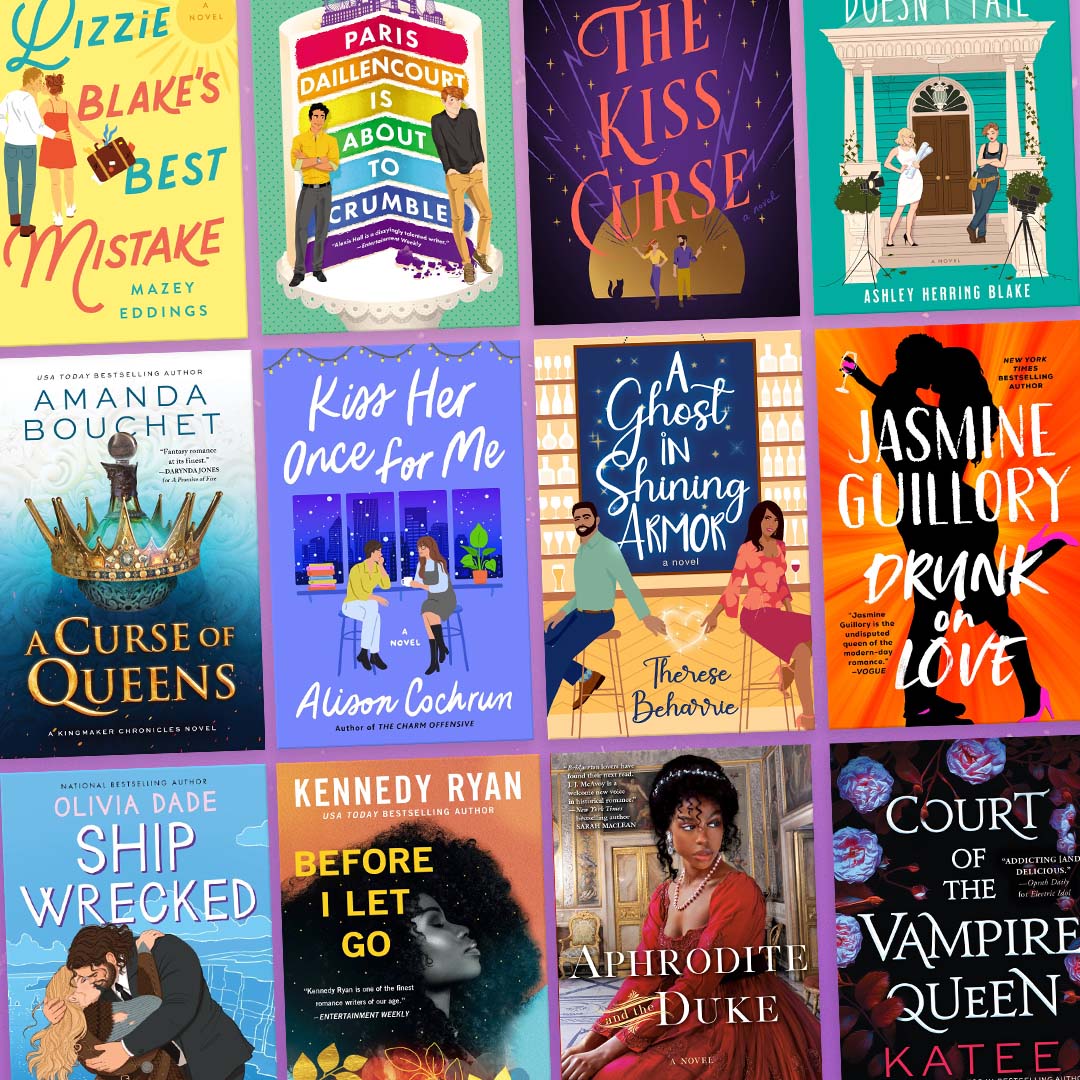 Fantasy and paranormal romance are booming, the rom-com revival shows no signs of stopping and a new wave of angsty love stories is about to hit. This autumn will boast an absolute bounty of love stories.

Aphrodite and the Duke by J.J. McAvoy
Dell | August 23

And lo, the “Bridgerton”-inspired romance novels have arrived. J.J. McAvoy’s novel, which we dearly hope is the start of a new series, takes place in a world much like the Netflix phenomenon, a Regency England that includes lords and ladies of color.

The second (and hopefully not final?) arc in one of the best paranormal series around comes to a close with Ruby Fever, in which Catalina Baylor and her assassin fiancé, Alessandro Sagredo, will hopefully untangle and defeat the conspiracy against them and ride off into the sunset together.

Long beloved by romance fans for her originality, extremely steamy love scenes and go-for-broke attitude, Katee Robert gained a whole new fan base when her Dark Olympus series went viral on BookTok. Much of Robert’s backlist could fall under the oh-so-trendy category of “dark romance” (meaning romance that explores controversial themes or kinks, often with morally dubious characters), and Court of a Vampire Queen, which follows a half-vampire, half-human woman’s rise from unwilling consort to undead ruler, will fit right in.

Mazey Eddings won acclaim with her marvelous debut, A Brush With Love, thanks to her winning voice and clear-eyed look at life with anxiety. Lizzie Blake’s Best Mistake is another sexy rom-com that acknowledges the more serious sides of life, which in this case are the heroine’s unexpected pregnancy and her journey toward accepting her attention-deficit/hyperactivity disorder.

After six bestselling novels all set in the same universe as her debut, The Wedding Date, Jasmine Guillory is starting afresh with Drunk on Love, a workplace romance set in a Napa Valley winery. It’s a perfect setting for Guillory, one of the genre’s preeminent foodies, and since the winery is family-owned, we wouldn’t be surprised if Drunk on Love is the start of a whole new series.

One benefit of the rom-com wave is that it has revived the paranormal subgenre, resulting in a steady stream of adorably witchy love stories. Erin Sterling’s The Ex Hex was one of the best of the bunch, and she’s returning to Graves Glen, Georgia, for an enemies-to-lovers romance between rival witchcraft shop owners.

A Ghost in Shining Armor by Therese Beharrie
Zebra | September 27

Speaking of paranormal romances, Therese Beharrie will complete the duology she began with And They Lived Happily Ever After with this novel starring Gemma, a woman who can see ghosts, and Levi, the spirit assigned to help Gemma reunite with her long-lost sister.

A Curse of Queens by Amanda Bouchet
Sourcebooks Casablanca | October 4

Amanda Bouchet was writing fantasy romance before it was a glimmer in BookTok’s eye, and she’s taking a break from her sci-fi Endeavor series to gift readers with another installment in the critically acclaimed Kingmaker Chronicles. Bouchet’s return to the realm of Thalyria, which is inspired by Greek mythology, will follow Jocasta and Flynn, childhood friends who fall in love during a quest to find an antidote to the poison that threatens the life of their queen.

In the pantheon of foodie romances, Rosaline Palmer Takes the Cake, a perfectly balanced confection of unexpected love and inner growth, is very near the top. So it’s delightful to know that Alexis Hall, who’s currently writing two other series and any number of standalone titles, will be returning for another season of “Bake Expectations,” a fictional baking reality show that’s basically “The Great British Bake Off.” This season, Hall will follow Paris Daillencourt, a mild-mannered amateur baker who’s riddled with anxiety despite his prodigious skill in the kitchen.

Kiss Her Once for Me by Alison Cochrun
Atria | November 1

Alison Cochrun made a sterling impression with her debut, The Charm Offensive, one of the best romances set in the world of reality TV. But for her sophomore novel, she’s switching gears: Kiss Her Once for Me is a festive rom-com that follows Elle, who agrees to a marriage of convenience with Andrew, only to discover that his sister, Jack, is the woman Elle had a whirlwind Christmas Eve romance with the year before.

Before I Let Go by Kennedy Ryan
Forever | November 15

Kennedy Ryan is one of romance’s most acclaimed self-published authors. Her last traditionally published title was released in 2016, but she’s making a grand return to traditional publishing by releasing the first book she ever wrote. Unpublished until now, Before I Let Go is a second-chance romance between divorced couple Yasmen and Josiah Wade. Not only will it introduce new readers to Ryan’s talents, it may also signal a shift away from rom-coms’ dominance of the genre. Where Ryan leads, others will follow.

It takes a certain artistry to lay the groundwork for future pairings in a romance series without diversity attention from an individual book’s main couple. Olivia Dade’s Spoiler Alert books have been an absolute master class on this technique. As actors on the “Game of Thrones”-esque TV show at the center of Dade’s series, Maria Ivarsson and Peter Reedton have hovered in the background of Spoiler Alert and All the Feels. So readers were thrilled when Dade revealed that Peter and Maria, who seemed to just be friendly co-stars, had a one-night stand before filming started. Now that the show is finally over, they no longer need to worry about endangering their working relationship or careers, but is the passion between them enough to sustain something long term?

One of the best side characters in Ashley Herring Blake’s adult debut, Delilah Green Doesn’t Care, was the titular character’s stepsister, Astrid. An icy perfectionist, Astrid may be the queen bee of her small town, but she’s been desperate for a distraction ever since breaking off her engagement during the events of Delilah Green. When Astrid Parker Doesn’t Fail starts, she thinks she’s found the perfect task: renovating the Everwood Inn and appearing on the home improvement show “Innside America.” The only problem is Jordan Everwood, the owner’s granddaughter and the lead carpenter for the renovation, who disagrees with every design change Astrid tries to make.

Vanderah’s The Oceanography of the Moon, Review: Enchanting

A Touch of Darkness & A Touch of Ruin BOOK REVIEW

People We Meet on Vacation by Emily Henry Review